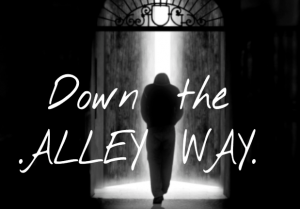 Never before had anyone thought something this terrible would happen in the quiet part of town, but when it did everyone was left silenced in shock. This all began with Harry, Harry was a shy and quiet kid he was afraid of many things, Harry was bullied a lot by the other kids in town, even if he walked down the street the neighbours would give him evil glares. Because of all the horrible things everyone did, Harry always dreamed of all the terrible things he would do to all those who looked down on him but he just put up with everything until one day.

Earlier that day Leo and his “gang” pined Harry into a conner ( Harry was Leo’s #1 favourite person to bully because he loved breaking his glasses) when they were finished with Harry he was left with five bruises and broken glasses, once the sun started to set Harry took off into the streets with a weird shape in his pocket. Down near the alleyway that leads out of town he found Leo standing around, Leo chuckled as he cracked his knuckles suddenly Harry pulled the object out of his pocket then at that moment Leo could see what it was, the light wind turned eerie as it blew softly onto Leo’s face. Harry smirked as he pulled out a knife then quickly stabbed the knife right through Leo’s stomach, he pulled it out and Leo fell to the ground Harry put his hoodie over his head and walked out the alleyway and out of town never to be seen again, and as for Leo his body was found the next day but no one would ever think that the shy kid Harry would do this.